About Us – NCRG History 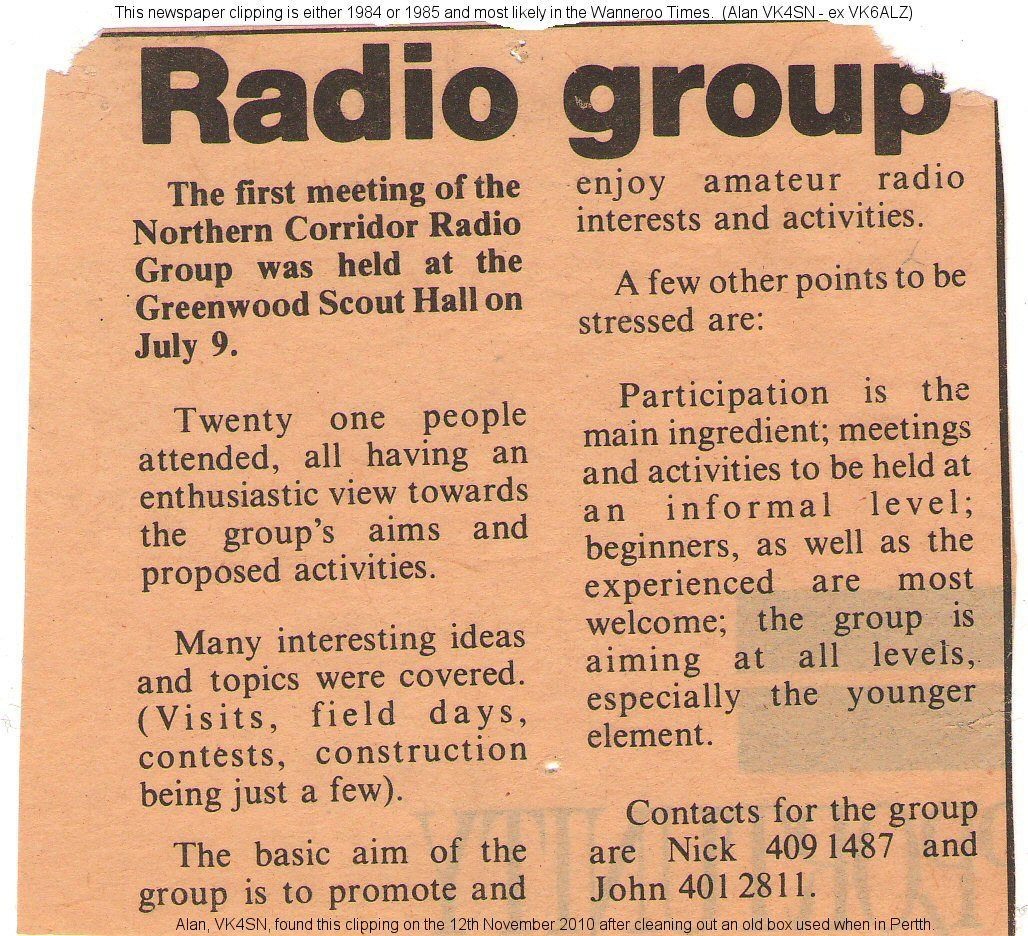 Here is an article written by one of our members when the Northern Corridor Radio Group started up. It was printed in Amateur Radio magazine in February 1986. It explains something of the club history. When one of our group historians can research some further items for this page it’ll get updated with further information. Nick now has the callsign VK6ND, Wesley is VK6WX, Rob is now VK6XRE and Phil VK6ABL can probably still be heard on 160m CW!

The original shack at Carine is no more. It was dismantled in 2004 and a lot of negotiation and work has been put into creating a new meeting place, shack and radio system for the Club located at Whiteman Park (see  QTH – where are we ).

The construction of the current shack and premises was made possible by a lot of different members.

Click here to see ‘from start to finish’ a pictorial history..

It seems many have forgotten who was an office bearer over the many years of the club history – Here’s what we have so far  *indicates confirmed – ? indicates “who can remember?”.

Once upon a time, a Perth radio station allowed clubs and organisations to get their name on a sticker with which they could then put on the back of their cars. I wonder if anyone remembers this one from the NCRG?

Here’s a Hamfest Flyer from 1992… there are more old ones out there, they will be added to this page when they get found I’m sure…

Finally, here is an old Field Day photo from about 1989…

We think it's the best Amateur Radio Club in VK